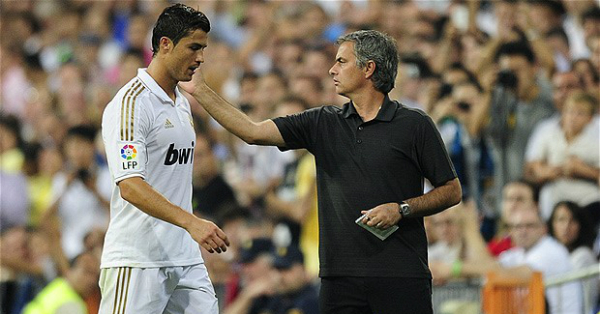 In a new turn of events, Jose Mourinho has recently claimed that Manchester United never planned to bring Cristiano Ronaldo back for the 2017-18 summer season. In the recent past, the Real Madrid star has been constantly linked with his former team, Manchester United. This was followed by the tax evasion charges brought upon the player by the Spanish authorities. Ronaldo has been accused of tax defraudations of £14 million and after this accusation, Real Madrid stated that they are sure of Ronaldo’s innocence and sense of responsibility. But, Ronaldo reportedly mentioned to his teammates that he was unhappy with the way Real Madrid dealt with the issue, and expected more support from his team. Ever since then, the Spanish and Portuguese media have repeatedly linked the player with his former team. However, Mourinho recently mentioned, rather adamantly, that it was never an option for the team. According to him, the move is mission impossible. But Mourinho is adamant it was never an option, describing a move as “mission impossible.” During a news conference, he mentioned that they never thought of it, since he has been such an important player to Real Madrid. Hence, they could not find a reason that could have made them think that Ronaldo’s move to their club would be possible. Instead of Ronaldo, Mourinho sounded like the team has a door open for Alvaro Morata. Last week, the English club brought in  Romelu Lukaku from Everton, and it seemed like the club had blocked Morata’s entry into the club. However, Mourinho mentioned that the only reason Manchester is unable to sign Morata is because Real Madrid president Perez is adamant about the asking price for the striker. But the Manchester United manager has made it quite clear that he admires the player whom he has known well from their time in the Spanish capital. He further added that it is a question for Florentino, because he wants to stick to what he has said.

While clubs put price tags on the different players, it is not of any importance to them who wants to buy them. Morata belongs to Madrid. The club seems to have made its decision. And,  the two clubs could not reach a point of agreement. So, it seems that Ronaldo is not moving to Manchester United, at least.Whether he will join Real Madrid, and when he will join his team, if he does, is yet to be seen.