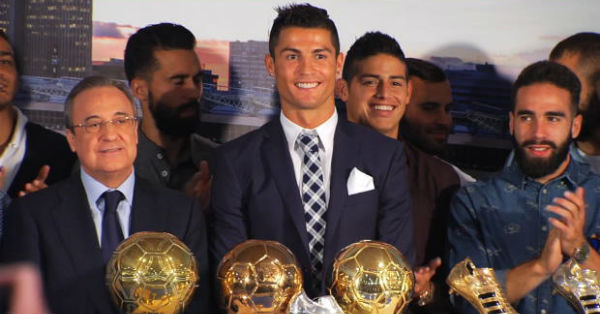 The Portuguese International is in his thirties, and has recently become all time top scorer in the history of the Real Madrid and has not shown in signs of regression yet.  After failing to score in previous three games for Real Madrid, he was backed to his usual self against Shakhtar Donetsk in the Champions league, as he scored twice and provided assists for other two goals. Former Southampton star Le Tissier is of the view that  Cristiano Ronaldo can emulate  Ryan Giggs and play until he is 40.

“Ronaldo is an incredible athlete. And it would not surprise me if he carries on playing Giggs did.

“He looks after himself, he has got the right mentality. If he can keeps his enthusiasm, I think he can do that and could adopt as a player. I think he could have fair number of years left in him”,  Le Tissier was speaking to Sky Sports. Cristiano Ronaldo played with Ryan Giggs at Manchester United for six season, while he recently admitted with the likes of  Giggs and Roy Keane helped him to grow as him as a player and looked after him.

Cristiano Ronaldo left Manchester United for Spanish giants in 2009 in the World-record fee of  £80million in 2009. During his time at Manchester United he won three premier League titles and Champions League in 2008.  Ryan Giggs recently lift the lid over Cristiano Ronaldo’s Old Trafford exit, and revealed that Portuguese International departure left him disappointed.

Ryan Giggs spent his entire  career at Old Trafford and retired at the age of 40 in 2014, and now he is the assistant coach of Manchester United.