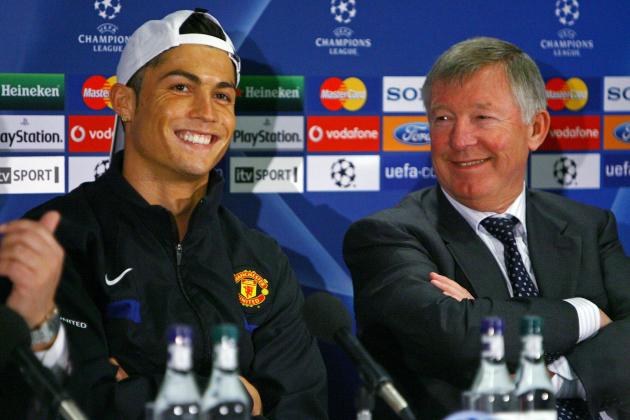 The Scot made the revelation during a wide-ranging interview with the Daily Telegraph, where he discussed his reasons for retiring, life after management and much more.

When discussing egos at Old Trafford, Ferguson recalls Ronaldo standing in front of the mirror and taking abuse from his team-mates, although it wasn’t something the manager had a problem with.

Ferguson said, per the Daily Telegraph:

You have to embrace it. Dealing with an ego doesn’t bother me. You used to see [Cristiano] Ronaldo standing in front of the mirror loving himself. But it was a nice vanity. The players used to throw jockstraps, boots and all sorts at him. It never bothered him one bit.

They need to win, these guys: the ones that are cultivating their egos a little bit. You might see a player in a Ferrari and think – what’s he driving that for? But he has to live with that.

He’s not going to be driving into town when he’s bottom of the league, or he’s been dropped. Some people can’t judge that. True players can.

Ronaldo won three Premier League titles, an FA Cup and a Champions League at Old Trafford before moving to Real Madrid. He’s now on the verge of becoming the club’s record goalscorer in the Spanish capital.