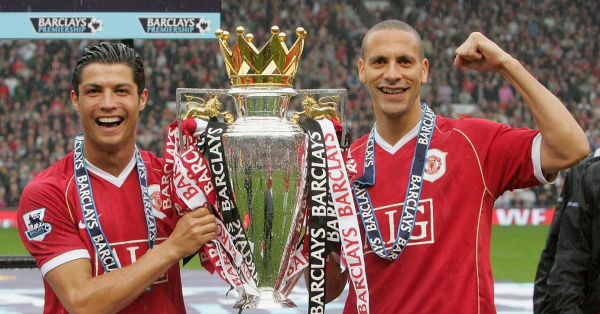 Cristiano Ronaldo has been tipped to leave Real Madrid at the end of season, after falling out with former Liverpool manager Rafa Benitez.

Manchester United, Manchester City and French Champions Paris St-Germain are chasing the signature of Portuguese International, with Real Madrid is looking to recoup £80m they spent in 2009. “”I can’t see Ronaldo coming back.

“It would be great for Manchester United fans, but once you’ve played and won everything you possibly can with a club, I don’t know why you would want to put yourself in that situation again. “If he did come back to the Premier League, he would only ever join Manchester United, but I can’t see that happening.”

However, former England International thinks Manchester United have better chance of signing Gareth Bale from Real Madrid, because he looks unsettled at the Spanish Capital and could decide to move  back to England.

“I can see Gareth Bale [returning to England] because I know there’s a few issues at Real Madrid.

“Bale’s first year at Real Madrid was absolutely outstanding, but there’s a lot of jealousy at the club because of the way he played in that first year.

“I can see him coming back. From a personal point of view he will want to stay out there because he doesn’t want to come back a failure after one-and-a-half seasons.

“As a player when you get an inkling the club wants to sell you and you don’t feel welcome then you want to leave and ultimately Manchester United have the money.”