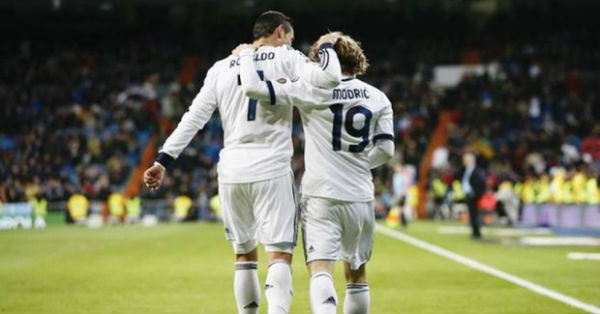 Real Madrid manager Rafa Benitez is hopeful Luka Modric will be fit to start against Celta Vigo for the La-Liga game on Saturday.

Luka Modric, who got injured on International duty with Croatia during Euro 2016 qualifier against Bulgaria, made his first appearance for Real Madrid this month, as he came off the bench for the final 20 minutes off Champions League encounter with  Paris St Germain. Real Madrid is without number of key players, with French striker Karim Benzema, attacker Gareth Bale, playmaker James Rodriguez and Captain Sergio Ramos are currently on the sidelines, while Luka Modric return is a positive injury boost for Rafa Benitez. Benitez  said that on Friday’s training session he will further accessed, who will be fit to travel to Balaidos stadium.

While talking to press conference ahead of Celta Vigo game he said;

“In  Karim Benzema case, he trained a little Yesterday and I think he will get there just about.

“These are the decisions that depends on the level of risk we want to take.

“I don’t think that we have  100 percent certainty on how they are and what decision we are going to take until we train.

“Luka Modric is fine, he trained and played so in that sense we are more hopeful about him.

“As is always the case with all the teams in the World when they are playing Real Madrid, they will try to give their best and Celta will have extra motivation of being at the top of table.

“Of course having to play again after only two and a half days is bit difficult but we have enough depth to cope and to win the match some we can come back to Madrid with three points.