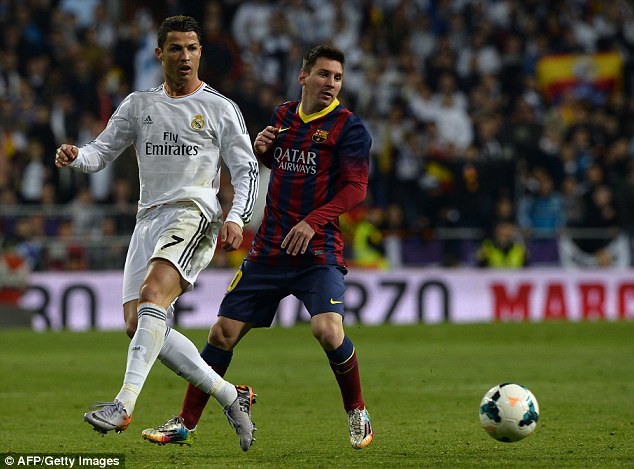 Lionel Messi says he has no rivalry with Real Madrid star Cristiano Ronaldo
Four time Ballon d’or winner Messi claims the media have invented a rivalry
The 27-year-old wants to stay with Barcelona for as long as he is wanted
Lionel Messi has claimed there is no rivalry between him and Real Madrid star Cristiano Ronaldo.
The Barcelona forward says that any talk of competition has been invented by the media.

The pair are widely regarded as the best two players in the world, but Messi insists that there has never been any rivalry between them.
The Argentinian has scored more than 400 goals for Barcelona since his debut in 2004, with 58 of those coming this season, while Ronaldo contributed 61 goals to Real Madrid’s tally this year and 313 since his move from Manchester United in 2009.
Messi led Barca to the treble despite a difficult start to the season and he says he wants to stay at the club for as long as he is wanted.
The four time Ballon d’or winner also says he is grateful for the opportunities Barca have given him.
‘Barcelona have given me everything; they gave me an opportunity when nobody else would.
‘I have never wanted to play anywhere else and I’ll stay there as long as they want me.’