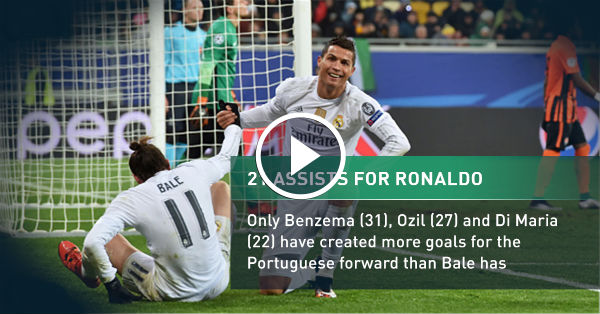 Is this mean Cristiano Ronaldo and Gareth Bale have ended their rift?

As per the report, Real Madrid president Florentino Perez settled the things between the former Manchester United star and Welsh International.

The amazing performance of this duo in 2015:

The Spanish giants were cut in to pieces by their arch-rivals Barcelona in last week’s clasico, in front of home fans. Real Madrid were left shell-shocked by the visitors breathtaking display, and seemed isolated and disjointed with their display, as they failed to act as a unit and condemned to humbling defeat of 4-0. The Bernabéu’s faithfuls lost calm, and booed their team, especially Cristiano Ronaldo and asked Florentino Perez to resign. Sacking of  Rafael Benítez seemed imminent, but Real Madrid chief stick with the former Liverpool boss and call for the unity, while rubbishing the reports of any conflict inside the dressing room. Florentino Perez clarified that Cristiano Ronaldo has not any issue with Real Madrid head coach or with his teammates.

According to the Marca, in the wake of defeat against League leaders Barcelona, Perez held a crisis talk with Rafael Benítez and entire Real Madrid squad.  Florentino Perez urged the players to unite and get behind their manager, and he made the peace between Cristiano Ronaldo and Gareth Bale. Real Madrid back to winning ways, after beating Shakhtar 4-3 in the Champions League, with Gareth Bale set Cristiano Ronaldo for his both goals, as the pair bury the hatches and embrace each other.

After the game Cristiano Ronaldo told media that he and his teammates are happy with the results and  win in the Champions league have help them to recover from the Clasico debacle, and have give them much needed confidence. While former Manchester United star brushed away the talks of rift inside the dressing room.