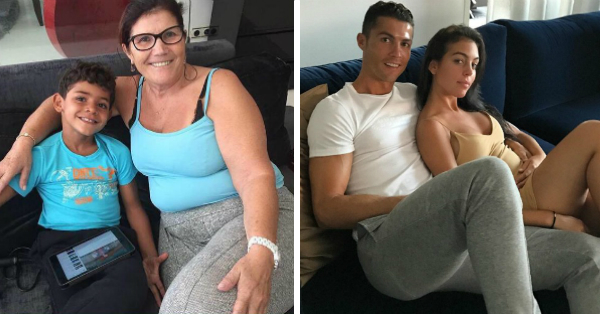 Rumours have been doing the rounds that the Real Madrid star Cristiano Ronaldo is to be a father again. This piece of gossip started to spread after the sentimental photograph that he posted on Instagram with his girlfriend. However, Ronaldo’s mother has spoken about this.

Dolores Santos was quick to deny these bits of gossip that his son Cristiano Ronaldo is not expecting to become the father of any child with Georgina. She even went as far as calling the speculations “nonsense”. Ronaldo posted a really cute photo of himself and his Georgina Rodriguez on Instagram this week, with the Real Madrid star’s hand around his girlfriend’s waist. The position of his hand drove people to make some hasty judgments.

In the photograph, which Ronaldo had titled with a straightforward heart emoji, the four-time Ballon d’Or winner had his hand on Georgina’s stomach. This made his fans question whether the model was pregnant. In any case, the footballer’s mom has rejected those claims. The Portuguese magazine Flash revealing that she strongly denied the chances of a sibling for Cristiano Jr. “It ‘s just nonsense, it’s just a hand on the belly, and as far as I know, Cristiano will not be a father again,” Ronaldo’s mother said. She added that she hopes he has more children in future, because he needs to be a father once more. She also said that now that Cristiano is in a good place financially, he can bring up more kids also.”

Some time ago, there was yet another discussion that Ronaldo is about to become the father of twins, borne by a surrogate, and apparently, Georgina had promised to help Ronaldo bring up his children. What’s in store for the couple in terms of a family is something we have to wait to see.