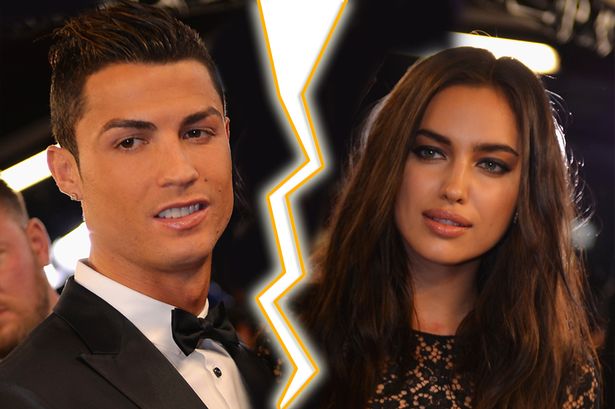 On what is a perfect man, she said: “He’s got to be kind, amusing and honest and he’s got to know how to treat a woman. And he’s also got to be faithful”
Irina Shayk has attacked Cristiano Ronaldo in an explosive interview with Spanish magazine Hola.

The Russian beauty laid into the striker by admitting: “Of course I prefer to be with someone, but with the right someone” when asked if she preferred to have a partner or be alone.

In a thinly-veiled confirmation of reports she dumped the footballer after finding a string of messages from women on his mobile phone, she added: “It’s very simple. You have to be faithful to your other half and not have secrets. That’s my rule.”

Asked to define her perfect partner, she said: “He’s got to be kind, amusing and honest and he’s got to know how to treat a woman. And he’s also got to be faithful.”

The model’s hard-hitting statements are the closest she has come yet to confirming Cristiano cheated on her.
A newspaper claimed recently she confronted the footballer in a furious row over Christmas after finding inappropriate text messages on his phone.

Irina, 29, fuelled rumours of alleged infidelities by Cristiano by describing her perfect man as “faithful and honest” earlier this year.
She told Hola in a previous interview: “My ideal man is faithful, honest and a gentleman who knows how to treat women.

“I don’t believe in men who make us feel unhappy, because they’re boys not men.

“I thought I had once found the ideal man but it didn’t turn out that way.”

She added: “I think a woman feels ugly when she’s got the wrong man at her side. I’ve felt ugly and insecure.”
Claiming it was best to end a relationship unless it was going well, the Victoria’s Secret beauty told the magazine: “Relationships are hard so you have to know what type of man you want by your side and what their values are, what is important in his life.

“If you stay with someone it’s because you’re walking in the same direction and you’re both looking for the same thing.

“Both should share the same concept of what a relationship means and the same energy to believe in a monogamous relationship.”

Brazilian model Andressa Urach claimed during the couple’s five year relationship that Cristiano had cheated on Irina with her.

Cristiano, 30, accused Urach, 27, of “pure fiction and forgery” when she made her allegations in April 2013.