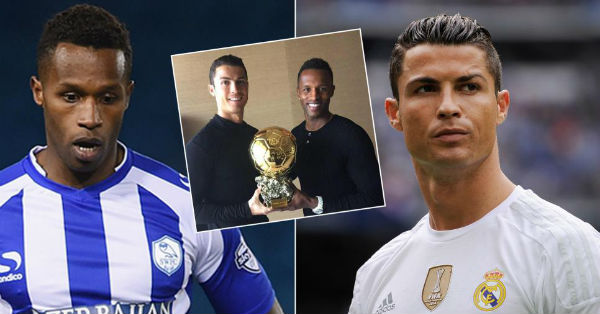 Jose Semedo has revealed that Real Madrid winger  Cristiano Ronaldo saved his life, according to The Times.

Jose Semedo, who is currently playing in the England with Championship side Sheffield Wednesday, credit Cristiano Ronaldo as his best friend. Both players came through the youth setup of Sporting Lisbon, and Sheffield star claimed that Real Madrid forward save him from dying on the streets.

Semedo admitted that if it wasn’t about the  Cristiano Ronaldo, he wouldn’t be a professional Footballer, but to his luck he met with the former Manchester United star at Sporting Lisbon. Sporting Lisbon, where Cristiano Ronaldo emerged as one of the most brightest talent in the World of Football, unfortunately it wasn’t same for Jose Semedo, who failed to impress.  And the Portuguese club decided to part ways with current Sheffield man, but three times Ballon d’or receiver stood in their way and threatened to leave along with Jose Semedo.

Cristiano Ronaldo saved his friend career with the timely intervention, as Sporting director allowed Semedo to stay at club.

“He said they could put an extra bed in his room and that we could share a cupboard for his clothes. He said that if I went, he would too. The place I am from in Setubal is not a good place for a young man. A lot of my friends from there were involved in crime. Some of them are dead now, or in jail.”  Semedo told The times. Semedo went on representing Portugal at U-21 in European Championships, along with Nani, Ricardo Quaresma & João Moutinho. Semedo, defensive midfielder by trade he moved to England to  play for Charlton Athletic, and now he is a Sheffield Wednesday player. He admitted that he owes everything to Cristiano Ronaldo.

“I owe everything I have to him. He changed my life. My family, my children, my career, it is all because of him.”