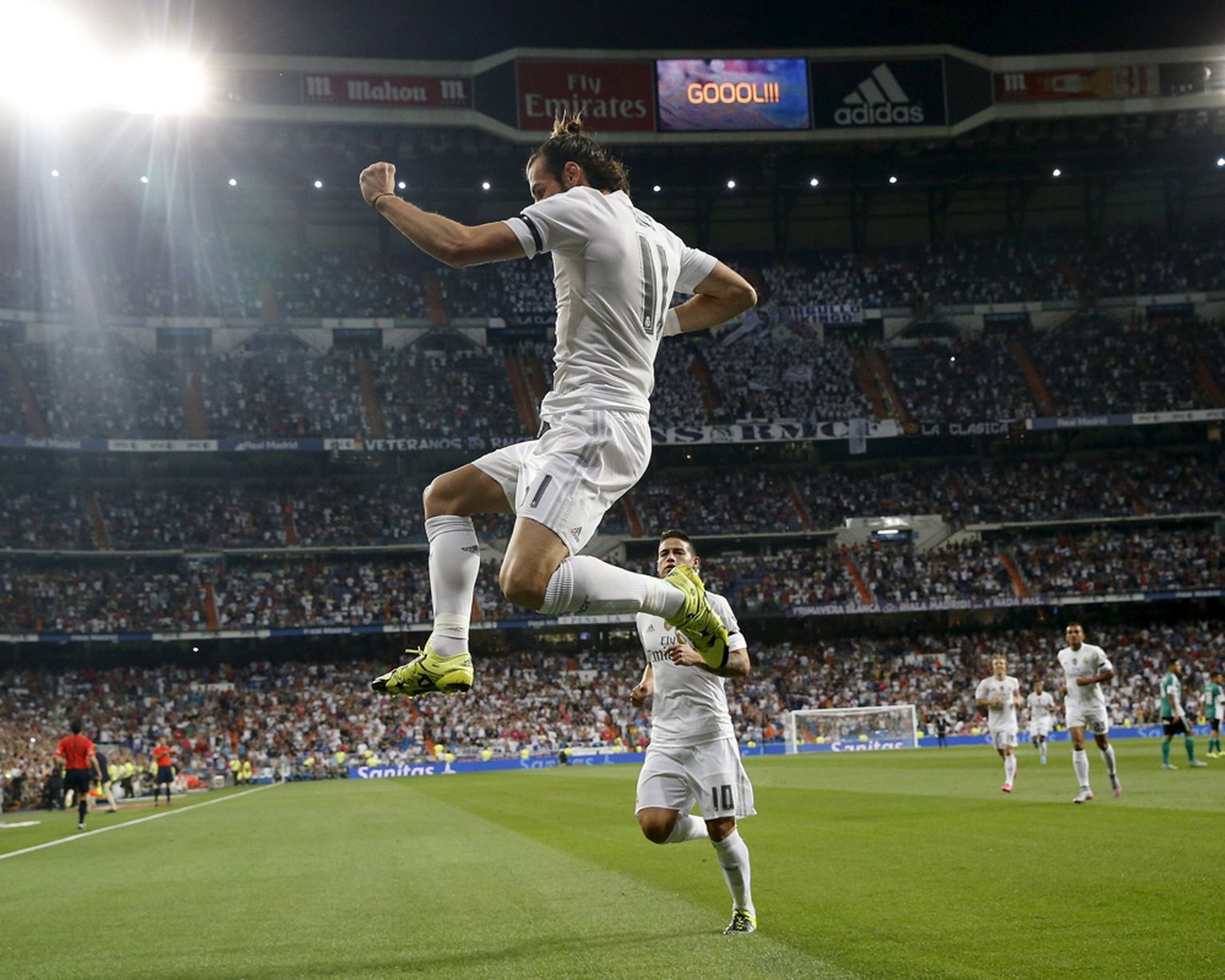 Real Madrid came face to face with Real Betis in the La Liga match on 29th August, 2015. Real Madrid was already five points behind their Spanish competitor and reigning champion, Barcelona. So, this match was an important one for CR7’s team. As the match started, Real Madrid fans could help but wonder whether the team would be able to turn on some style, and set the guests groveling.

Sure enough, within about 2 mins from the star of the game, the home side took control of the possession. Bale, at no.10 position, took his chance and, much to the delight of the fans, scored the first goal, without wasting much time. They had yet another chance in the 4th min, as Modric slid a pass towards Benzema, but Adan managed to palm clear. Ronaldo was available for a tap-in, and he fired a strong free kick, but Adan again managed to push behind for a corner.

That the host team had started dominating was clearly visible as chance after chance came to them, and they seemed on the verge of scoring a goal. Minutes rolled by, and after about the 15th min, Betis took possession of the ball, enjoying a brief stint with it. They even threatened Real Madrid from a corner after a corner, but Ceballos got penalized for handball outside the box. 24 min into the game, and Kroos got booked for a late challenge on Piccini. The stunning first half continued, and received an addition of 1 min. At the end of it, the score board read Real Madrid 2-0 Real Betis. The two teams returned to the field in the second half, with Betis hoping for a route back into the game. But before they could do much about it, Real Madrid scored its third goal of the match. As Bale delivered a super cros onto the head of Benzema who does not miss close range, and did it for his team, closely followed by yet another goal by Real Madrid, this time from James who made an over-head kick. Real Madrid continued to flood forward in the final third of the field. Despite a late challenge from Pezzella, Ronaldo did not have the free kick which would have been from a dangerous position. Betis looked like they were in trouble. In the 59th min, Ronaldo had yet another chance to add his name to the scoresheet, but Adan made a smart save. In the 60th min, Varane from Real Madrid got booked for bringing Castro to the ground inside the box, and Real Betis got a rather harsh penalty. But, it turned out to be a poorly executed shot, with Navas denying Castro from the spot. Even though 4-0 is a difficult score to beat, Betis still tried its best to do the same, and with Betis supporters making some noise, the enjoyed yet another brief stint with the ball. With about 15 min left of the match, Ramos tried a stunning over-head kick for Real Madrid, but it was saved. Even Ronaldo made another attempt at the box, but could not make any direct contribution to Real’s score. As the two teams kept frequenting the opposite box to score a goal, the match came close to the end. As a last minute shock, Bale scored the 5th goal for Real in the 8th min! The match came to a great finish. As 3 additional minutes were played, no other change happened, except Xavi Torres getting booked for a late challenge on Bale. The final score read Real Madrid 5-0 Real Betis, as Real Madrid showed some remarkable stuff, with great competition from Betis.