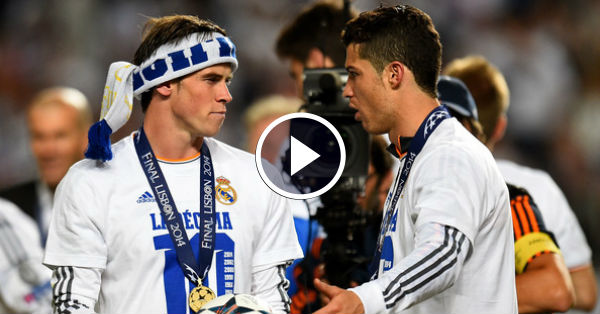 Gareth Bale opened up about his relationship with Cristiano Ronaldo

Real Madrid Winger Gareth Bale has clarified that his relationship with Cristiano Ronaldo  and  manager Rafael Benítez is strong.

Former Tottenham man, who endured difficult start of the season due to injuries, bagged a goal in Real Madrid’s 4-1 win over Getafe on Saturday.

There were suggestions that Gareth Bale has failed to adjust in Spanish Capital and has failed to develop proper working relationship with Cristiano Ronaldo and other key figures of the Galácticos squad.

However, he insisted that he is not involved in any rift with Portuguese International, and everything is normal inside Los Blancos dressing room.

“It’s very good,” he said. “I feel very comfortable with these players. I get on very well with Cristiano and with Benitez.” As per the reports, Real Madrid fans jeered of team and president Florentino Perez, following their 4-0 loss in the hands of Barcelona at  Santiago Bernabéu, but Bale claimed that he did not notice the chants and whistles. And he is hopeful fans will support the team in the wake of Los Blancos expulsion from the Copa Del Rey, after playing an  illegible player in their 3-1 win against Cadiz.

“The fans were normal, good,” he said. “We are very happy with the win. In the first half we played very well and we ended up winning the game.” While he is not convinced with his display so far this season, as Welsh International suggested that injures hurt his momentum.

“I am not having a very good season. Injuries have prevented me from having the rhythm I need to be at my best.

“It is nice to score, but the important thing is putting in the work for the team. The job of scoring goals is for the striker.”

Gareth Bale has scored 43 goals in his Real Madrid career in 103 games.