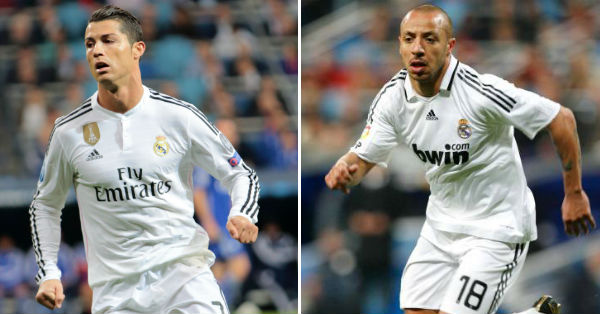 According to his opinion, Neymar will be able to replace Lionel Messi at Barcelona, but his former club will struggle without Cristiano Ronaldo. There were big doubts about Neymar that will he able to take the central stage in the absence of Argentinian International, and he is currently top scorer in the Spanish top flight.

While speaking ahead of next week’s El-clasico, Julien Faubert said that Real Madrid cannot replace  Cristiano Ronaldo with Welsh International Gareth Bale, whereas Gareth Bale is far away to fill the void which will be left by the departure of former Manchester United star.

“Neymar has the same quality and the power that Messi and Ronaldo have. His level is very high. The ex Real Madrid star told AS.

“Real Madrid cannot replace Cristiano Ronaldo, as we do not know the same Bale. After Messi Barcelona will have Neymar, but after Ronaldo, we don’t know What happen to Real Madrid.

“Messi did not work to hard to get to this level.

“He is the pure talent, Ronaldo on the other hand, has to work hard every day to reach his level.” While taking about his Countryman Karim Benzema and his alleged involvement in the blackmail plot of Mathieu Valbuena’s sex tape scandal.

“People are surprised. I love e Benzema as a player and as a person. But what I am supposed to think now.”

He compared his former teammate Guti to Lionel Messi and Real Madrid legend  Zinedine Zidane, and also talk about his experience in the Clasico. He said;

“It had been classic game. We were helpless. I remember how Barca control the tempo of the game.”