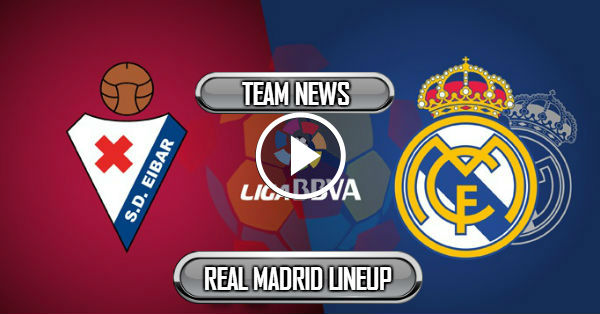 Real Madrid will travel to Eibar on the Sunday, with hosts are unbeaten in the last two games. As far Rafael Benitez‘s side, they will hoping to get their title campaign back on track after suffering back to back defeats.

Eibar will go into the Sunday’s clash with high spirits, as they are sixth in the La-Liga standing, after losing only two games in this campaign so far. Their last defeat came against the league leaders Barcelona back in October, as they are enjoying unbeaten run of 3 three matches. During this spell Eibar has earned victory over Getafe and Rayo Vallecano and has managed a draw against Villarreal in their last fixture of Spanish top flight. Real Madrid cannot afford to lose more ground on the Li-Liga with loss in last Week’s Clasico have left them 6 point adrift from the top, just after the 12 games of the season.  Rafael Benitez’s side has struggled in front of goal in recent weeks in La-Liga, and their attack was completely ineffective against the current Spanish Champions. Cristiano Ronaldo has  been criticized for his recent display and is without the goal in last two  La-Liga appearances. Ander Capa will beck in the starting lineup for home side, after serving his suspension. while Keko will be big lose for Eibar as he was sent off against Villarreal. In his absence, Takashi Inui  is most likely to earn the starting berth.

While, Rafael Benitez will be without the services of Raphael Varane, Sergio Ramos and Marcelo, with Isco will be miss next two games after seeing red card against Barcelona