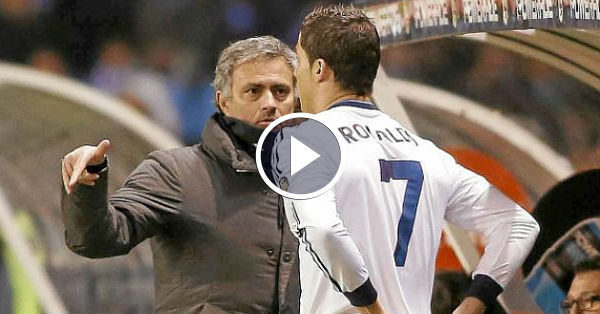 Did you know that in 2013, Cristiano Ronaldo and Mourinho almost threw punches at each other?

Real Madrid were winning 2-0, and as per Balague, the supervisor “distinctly” advised the forward to track back. Balague then claims Ronaldo must be kept down by his Los Blancos fellow team members, with diverse sources guaranteeing Iker Casillas, Alvaro Arbeloa, Sami Khedira and Sergio Ramos were all included. It’s proposed the winger “took what ought to have been comprehended as a strategic remark as an individual attack,” and, thusly, their relationship “would never be the same again.” Mourinho had quieted down after the diversion and drew closer Ronaldo with the accompanying words: “In the event that they get a goal against us… “, to which the player irately responded. He yelled: “Subsequent to all that I’ve accomplished for you, this is the way you treat me! How could you say that to me?!”

Balague reviews the episode, saying: “The changing area turned dangerous noiseless. Mourinho attempted to try to avoid panicking. ‘I was stating it for the team on the grounds that the team required you to track back.'” In any case, Ronaldo was not willing to give in and the previous Los Blancos supervisor moved to one side. Jose Mourinho left Real toward the end of that crusade in the midst of hypothesis he’d dropped out with Casillas, thusly rejoining Chelsea in the mid-year of 2013. Eventually, in spite of the fact that Mourinho left in harsh circumstances, the outcomes on the field were really great in his spell, with the team winning one association title and the Copa del Rey. They’ll both be recognized as Portuguese football greats, yet taking into account the concentrate, it appears to be improbable we’ll see the pair cooperate as one once more.