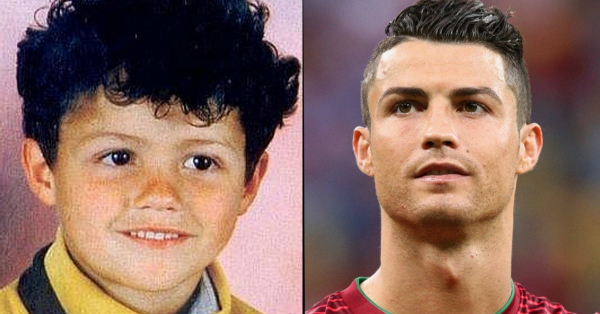 Did you know Cristiano Ronaldo fought Heart Disease in Childhood?

Cristiano Ronaldo is exceptional on the football ground but this story here, from his past will make his fans know that he is strong, tough and can fight anything that comes between him and his game. Surely it will make his fans respect him even more.

Did you know Cristiano Ronaldo fought Heart Disease in Childhood?

Ronaldo was only fifteen years of age when the doctors diagnosed him of some heart problem. His heart beat was more than normal even when he was resting. In broader medical terms he had tachycardia that is having a heart beat greater than normal. He played in the Sporting CP Soccer Club at that time. This is a common problem but a serious one for those who play. The condition can get worse if not treated as there can be unexpected seizures, loss of consciousness and even a heart attack. Many players in the past died of heart attacks on the fields. This condition would have been a hindrance for him to play. He got himself treated for this issue. It was confirmed by Christiano Ronaldo’s mother that he had undergone a treatment for the cure of his abnormal heart condition. Christiano Ronaldo was treated with catheter ablation. In this treatment, through the leg of the patient a wire is inserted and the area of the heart that causes the problem is determined. Then a catheter is inserted and the problematic area is heated to fix it. Christiano Ronaldo’s mother signed his medical authorization papers for his surgery. He had his treatment during the day time and was discharged from the hospital on the same day.

Quoting his mother’s words, “Christiano was not very worried – he didn’t take the situation very seriously – but I got a big fright.” But soon after his treatment, Christiano Ronaldo was back with a bang. Even his mother said, ‘It seems the treatment allowed him to run even faster!”

He resumed playing a few days later. This is the sign of a true player. No matter what he had gone through in the past, he is one of the most successful soccer players of his time. He has set an example for the young boys who might have a similar condition and are football lovers. If he had not shown strength at that young age it might have been the end of his football career. It has been said rightly that where there is a will, there is a way.

The players often undergo certain tests to keep a check on their heart rate, rhythm, sounds and any abnormality. If diagnosed with any they get it treated on immediate basis so that it does not affect their game.

Christiano Ronaldo’s journey, from his childhood to being one of the best footballers of the world has not been an easy one. But Christiano Ronaldo could see light at the end of the tunnel. Many of his fans had not known about his medical condition before this. If he had quit playing at that time, the world wouldn’t have seen the gem he is.