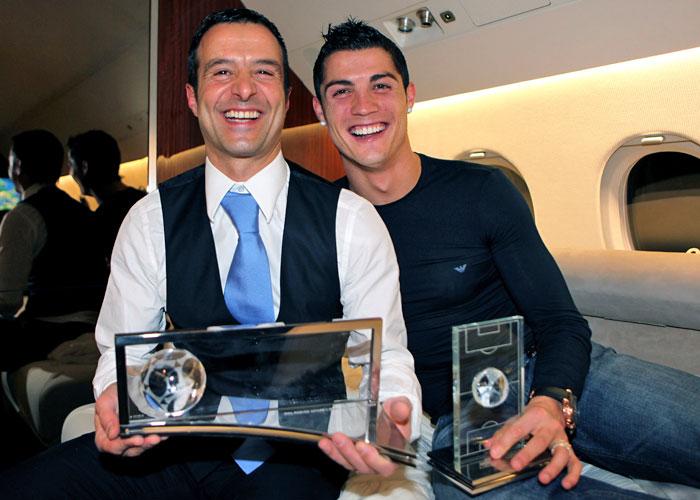 Cristiano ronaldo fans have lots of questions in their mind. We on ronaldocr7 always try to answer these as soon as we get our hand on those. One of the question is how much Cristiano Ronaldo worth to Real Madrid. Means if they sale him now how much they will make? Well Mendes, Cristiano Ronaldo’s manager has some answers to that. Lets see what he says.

How much Cristiano Ronaldo worth to Real Madrid?

BBC sports has got hands on Real Madrid star’s Manager and according to his estimates Cristiano ronaldo worth is £300m.

Jorge said the 29-year-old forward was the “best player ever” and the “best sportsman ever”.

Mendes added: “You can’t compare him with anybody else.”

Asked how much he was worth, Mendes said: “Cristano Ronaldo? One billion. His buyout clause one billion, so it is one billion.
“If, for any reason, the club decide to sell him tomorrow for 300 million, someone will pay.” Mendes told BBC.

He will not leave Real Madrid,”

“People have the wrong idea about agents,” said Mendes. “Being an agent means many different things. I’m someone normal, I’m working hard every single day. I have ambitions, determination and being honest, doing the right things… this is most important.”

He described football as the “most important sport in the world” and defended the wages players now command, saying they “deserve the maximum possible“.
Mendes compared working with his players on contracts as “like a family”.

It is like when you talk with your son, with your family… always to try to find the best way to support them.