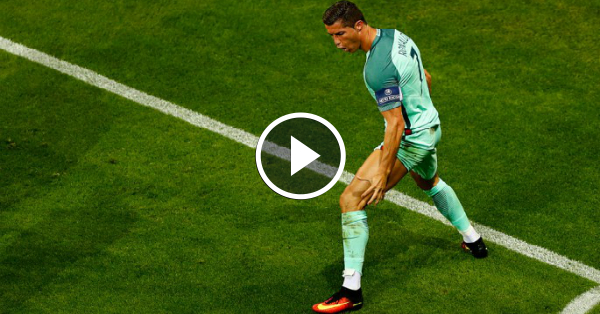 After showing incredible form for his club Real Madrid, Cristiano Ronaldo has now taken his performance to his nation’s benefit, as well. As it was seen in the match between Portugal and Latvia in the first leg of the World Cup Qualifier, Ronaldo did an incredible job, as he took his team to win against Latvia, almost single-handedly. In the match between Portugal and Latvia, Ronaldo scored two amazing goals, and then helped to create the third one, thus sealing the fate of his team. Ronaldo is fresh from an incredible win against Juventus in the Champions League, in which he scored two incredible goals for Real Madrid. This came shortly after Real’s win in La Liga. Now, Ronaldo’s energy and form seemed to be paying off as he took Portugal to a 3-0 win against Latvia. At the beginning of the match, Ronaldo was denied two goals, as Latvia goalkeeper Andris Vanins stopped two of his incredible attempts. He tipped Ronaldo’s first attempt over the post, and stooped low to stop the second. But, Ronaldo converted his third attempt to a brilliant goal! Jose Fonte, having stayed forward following a free-kick, rose highest to head a cross by Raphael Guerreiro towards the goal, and, though the post helped Latvia, Ronaldo was close by to nod the ball into the box. His second goal came when he managed to take advantage of Ricardo Quaresma’s deflected cross and turned it into a header from under the crossbar. Apart from the two incredible goals, he also managed to be a provider, as he sent a superbly-weighted pass to Silva, who sent the ball into the bottom-left corner.

Ronaldo was denied a penalty, and while he kept searching for a hat trick, he failed to do so. But, his contribution to the match helped Portugal grab their victory, though his performance was not enough to take Portugal to the first position in Group B, which is taken by Switzerland.