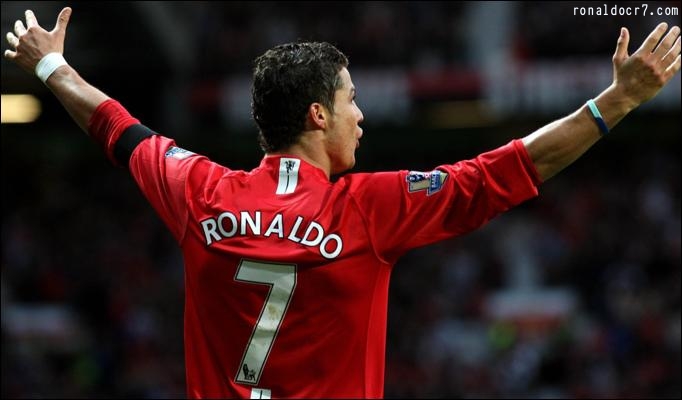 Cristiano Ronaldo has been voted the best player in the division’s 23-year history. He only spend 6 seasons in the club and mark his name that is remembered till now.

A survey conducted by Usurv placed Ronaldo above Thierry Henry and Ryan Giggs who finished in second and third place respectively.

The FIFA Ballon d’Or holder joined United in 2003 from Sporting Lisbon for a fee of £12m.

Cristiano Ronaldo spent just six years in English football, but as he celebrates his 30th birthday on Thursday the former Manchester United star has been voted as the greatest player to have graced the Premier League.

During his 6 year spell at Old Trafford he scored “118 goals in 292” appearances and was named “World Player of the Year in 2008” after inspiring United to a third European Cup triumph.

Ronaldo was brought to Old Trafford by Sir Alex Ferguson as a raw 18-year-old in 2003, and departed for Real Madrid in 2009 with three Premier League titles, a Champions League winners’ medal and an FA Cup, and as the reigning FIFA world player of the year.

His spell in the Premier League was brought to an end when he joined Real Madrid for a then world-record fee of £80m in 2009. The Portuguese forward’s extraordinary success has continued unabated in Spain, following what was at the time a record 80 million-pound transfer.

Ronaldo has plundered goals and broken records at a breathtaking rate and developed a keen rivalry with Barcelona’s Lionel Messi, the pair now firmly established as the leading two players of their era.

As many as 1,000 members of the public were given the option of 10 players to vote for and invited to select who they thought was the best in the top-flight’s history. Ronaldo raked in 24 percent of the votes – six percent more than the amount gathered by Arsenal legend Henry.

Giggs was given the nod by 13 percent of voters, ahead of former United team-mate Eric Cantona and Alan Shearer who both collected 12 percent of the votes.

Departing Liverpool legend Steven Gerrard was the final player to hit double figures as he was backed by 10 percent of people.

Out of 1000 people surveyed, Ronaldo snared 177 votes, 253 couldn’t decide who to vote for. Their responses were not taken into account.