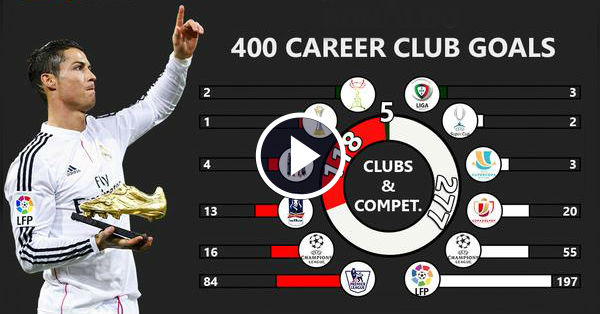 Cristiano Ronaldo reveals the reason behind his slow start of  season

Real Madrid star Cristiano Ronaldo reveals his personal issues are to blame for the slow start of  season.

The Portuguese International admitted that he had the mixed start of the season, however he is happy with the situation as he is fully focused now.

The former Manchester United star was in his top form to net four goals against Malmo in 8-0 hammering in the Champions League on Tuesday, which have taken his tally to 11 goals in the group stage of competition.  In the process, Cristiano Ronaldo surpassed his own record of the most goals in the round of 32 of nine goals, previously joint-held with Brazilian International Luiz Adriano.

There is suggestion that four  times golden shoe winner has reached to his physical peak, however he has netted 10 goals in the Spanish top flight in 14 appearances, with five came against in Real’s 6-0 win over Espanyol.

But his ability to deliver in the bigger games has come under the question, as  Cristiano Ronaldo failed to impose himself in the most important fixtures of the season with Rafael Benítez’s crashed to defeats. Real Madrid settled for uneventful 0-0 draw with the French Champions Paris Saint-Germain  away from the home, while they are were completely outplayed by Ligue 1 side, however they managed to win with the lucky goal in the reverse fixture.

Sevilla was the first big test for the men in white on the domestic arena, but they were condemned to their first defeat of the season, followed by 4-0 demolition in the hands of Barcelona. Although Cristiano Ronaldo admitted he is happy with his display this season.

I’ve been below my level, but I’ve had things going on,”

“I’m happy with the situation now but at the start of the season I have had personal problems.”