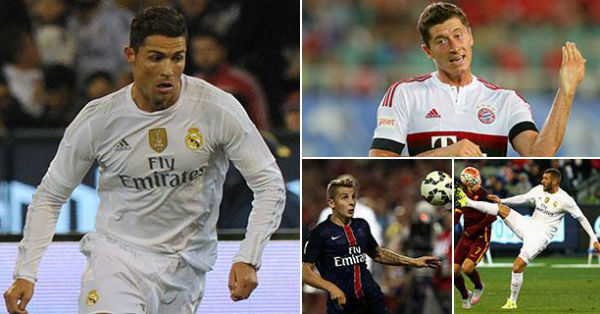 As per Spanish Football expert, Real Madrid are ready to cash in their all time top scorer, as Perez believes it is the right time to let Portuguese  International leave. While former Manchester United star is looking for new challenge, as he is considering move away from the Spanish Capital, after spending six season at Bernabeu. The Bundeliga Champions want to renew the contract of Robert Lewandowski which is due to expire in 2019, but Polish International is exciting of the prospect of joining Los Blancos. The Sky Sport La-Liga expert revealed that Former Dortmund striker feels he can form a lethal combination with Bale, as  Cristiano Ronaldo is certain to leave.

“Those in the player’s close circle view enormous potential in a possible Bale-Lewandowski partnership and feel the time is right for him to make the move to the Spanish capital.

He never thought he would have the chance to join Madrid while Cristiano Ronaldo was at the peak of his form but in Poland, the belief is that the Portugal forward and Karim Benzema’s time at the club is coming to an end.”

According to Spanish Media, Polish International’s agent  Cezary Kucharski attended Real Madrid  gameagainst Getafe on Saturday, after he was invited by the club. “At 27, Lewandowski would be the ideal piece in a squad renovation project designed to gee up Real’s fanbase.

“The player knows that at Real Madrid, he will have the chance to challenge for individual awards that would be impossible at other clubs.”

Lewandowski is currently one of the best striker in the Europe, and has netted 14 goals in Bundesliga this season.