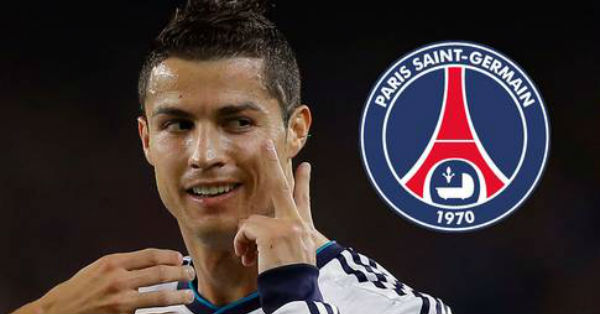 Julien Laurens, who writes for ESPN, reveled that Paris Saint-Germain are extremely confident that they can sign former Manchester United player at the end of the season .According to him, the French Champions will try to sign Cristiano Ronaldo to replace their star man Zlatan Ibrahimovic, whose contract is set to expire next June. The Europe’s one of biggest spenders in recent time are looking for a player who can offer an upgrade over former Milan player. Cristiano Ronaldo is a dream signing for ambitious Qatari owners. While Laurens suggested that bringing Portuguese International to Paris would be difficult job but it is certainly not impossible. Cristiano Ronaldo current contract with Real Madrid is due to expire in June 2018, he showed his intent of spending rest of his career at Santiago Bernabéu but he also said that nobody knows what will happen next year earlier in September. As Laurens suggested Cristiano Ronaldo transfer to Paris Saint-Germain makes sense but they are some factors involved. Real Madrid may be interested to cash in their star player and they will have enough money in the bank to sign his long-term replacement, with Belgium International Eden Hazard has been recently linked to move away from Stamford Bridge, after falling out of favour under José Mourinho. While Real Madrid also shown interest in Marco Verratti. Despite of PSG’s public stance of not selling their star player, they can willing to do a swap deal in order to secure the signing of  Cristiano Ronaldo. Paris Saint-Germain previous attempt to sign Real Madrid ace failed to materialize as they were serving UEFA’s sanctions due to overspending. Now, UEFA has lifted the restrictions, French outfit has the funds to test Real Madrid’s resolve.