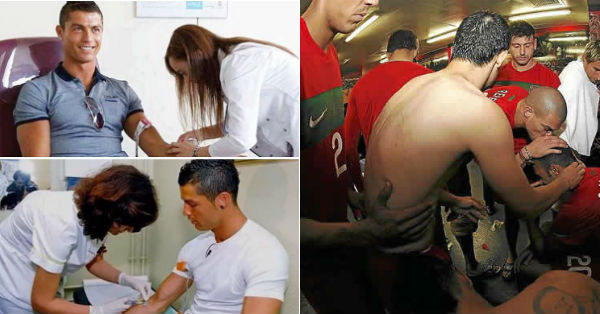 Cristiano Ronaldo has joined hands with Abbott, an International leader in infectious diseases and diagnostics, to launch a campaign to inspire people to become blood donors.

Titled #BETHE1DONOR, the moment is launched on Thursday, is to motivate young people to become  regular blood donors. Cristiano Ronaldo, who has hailed as most generous Footballer player, named as World’s most charitable sports star as he donated millions of dollars for different causes across the globe. With the significant shortage of young blood donors, Real Madrid ace has come forward to encourage youth to donate the blood.

“We all can make a difference by donating blood, Every single donation can benefit up to three people in the emergency situation and also for long term treatments.

“That is the reason why I am excited to be  partnering with Abbott to bring awareness to the importance of blood donations and to encourage people around the globe to become lifelong blood donors in order to save lives. “

“It was the time Carlos was with us with National team

“Carlos Martins told us about the problem with his son and we, teammates showed great unity to help him and his son, because we knew it was very difficult situation. “Donating bone marrow, is some thing a lot of people hesitate about it but it is nothing more than drawing blood and it does not hurt.

“I started this many years ago and if I had to do it again because this is very serious disease for many children, who needs our help.

While, Cristiano Ronaldo regularly donates blood and avoids any activity that could stop him for doing so, which also include having tattoos.

“I don’t have tattoos because I donate blood very often.”