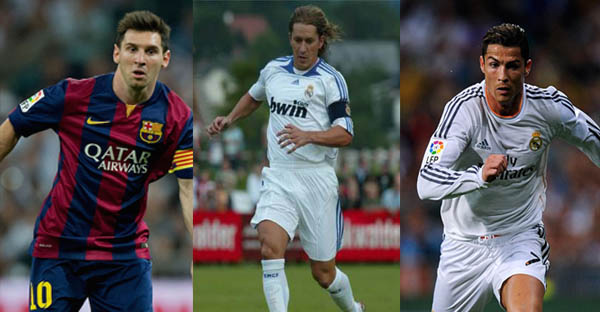 According to the news Real Madrid’s iconic former right-back Michel Salgado has suggested the club’s current talisman Cristiano Ronaldo is under-appreciated when put in direct comparison to Lionel Messi.

Salgado was speaking at an event introducing La Liga ambassadors and compared the Portuguese superstar to his current Barcelona rival and the Brazilian striker Ronaldo, who played alongside Salgado during his playing days at the Santiago Bernabeu, per Marca:

Ronaldo Nazario was, without doubt, the best striker I’ve ever seen. What I saw him do was spectacular, and that was having come to the club after a World Cup and having been sidelined for two years before that with a knee injury.

Cristiano is different, he’s a self-made player. His work ethic is spectacular and what he’s doing is impressive, equalling Messi’s stats and winning Ballons d’Or. I don’t think people appreciate Ronaldo’s value and the effort he puts into achieving what he achieves.
After a slow start to the season in the opening couple of weeks, Ronaldo has burst into life in Los Blancos’ last two matches. He’s scored a staggering eight goals in wins over Espanyol in La Liga and Shakhtar Donetsk in the Champions League, serving up a timely reminder of his incredible prowess in front of goal.