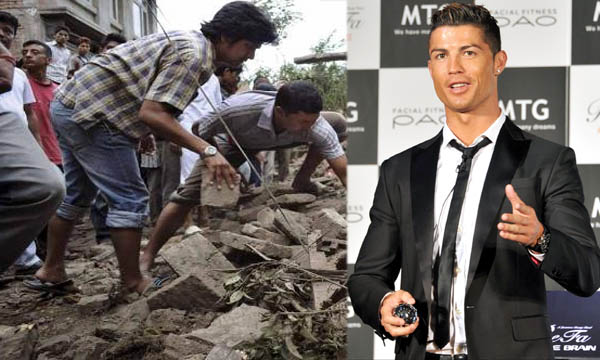 World’s Most Popular and Best Footballer Cristiano Ronaldo, who has not only been hailed for his on-field skills but also as a philanthropist, appealed through his Facebook account to help Nepali children.

“Help the children affected by #NepalQuake by supporting Save the Children’s relief efforts.” Many people had said that Cristiano Ronaldo, the star striker of Real Madrid is a selfish player but the facts contradicts these opinion. A person who have pain for other in his heart cannot be a selfish. Cristiano Ronaldo plays for his team, for his nation not only for himself or just for money. He is a kind heart person who helps the needy and the victims. A person kind and generous in his life cannot be selfish in the field.

Read here for his Donations And Charity Activities.