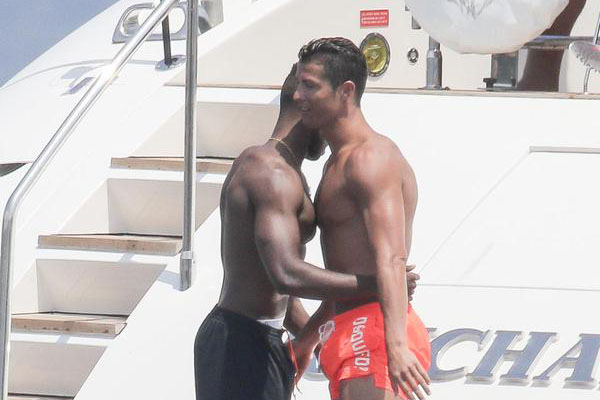 Cristiano Ronaldo seems to be enjoying the company of his guy friends while on vacation.

The Portuguese footballer has been seen vacationing around Saint Tropez this week and has found himself in a rather interesting position.

Cristiano Ronaldo Gets Handsy with a Guy Friend

Candid shots were released by Spanish media outlets of the footballer and a male companion in a compromising embrace with Ronaldo getting a little, uh, handsy with his pal.

What are your thoughts on Ronaldo? Is he really gay or just overly friendly?