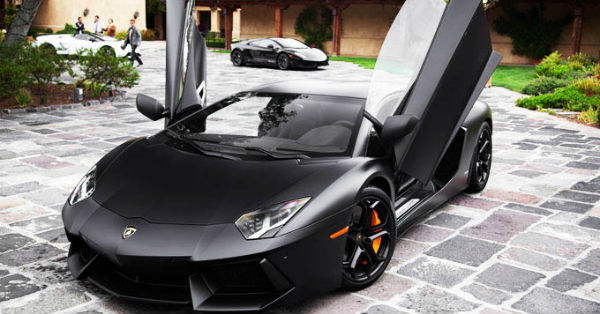 The 30-year-old, who recently became his club’s all-time record goalscorer posed for a picture while sat on top of his new car, which matches the colours of Real Madrid’s home kit.

Cristiano Ronaldo likes to operate in top gear on the pitch and he’s now shown his need for speed on the road too after purchasing a brand new Ferrari.

The Real Madrid star, 30, posed for a picture while sat on top of the car, which he’s tastefully bought in white to match the home jersey of his club…

Here are a few of other cars in Ronaldo’s possession that will make you instantly jealous:

Bentley Continental GTC is another spacious car bought by him. The year in which he purchased this car is 2007, just a year after he had bought the BMW 6. The car costed 195000 US Dollars.

This is another car bought by him in the same year as that of Bentley Continental GTC . It costed 55000 US Dollars to him.

Another car that CR7 bought in the same year i.e. 2007 was Porsche Cayenne that was of 77000 US Dollars. Surprising to know that he got his hands onto three different cars in 2007.

After he bought three cars in the year 2007, Cristiano Ronaldo again switched to another car. It was  Ferrari 599 GTB Fiorano. Yes, CR7 bought another expensive car  the very next year,2008. This car costed him 310000 US Dollars.

This is the car bought by cristiano Ronaldo in the year 2009,costing him 101000 US Dollars.