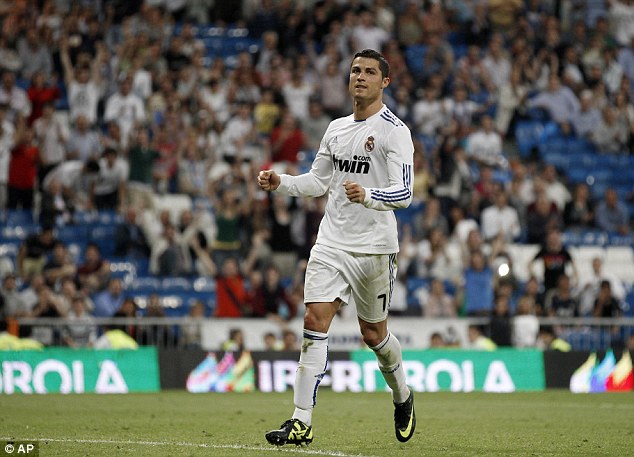 Having won Premier League, Serie A and La Liga titles, as well as two Champions Leagues, Jose Mourinho has coached a whole host of world class stars during his 15-year career as a manager.

What more can you say? Ronaldo recently scored his 300th goal for Real Madrid, and flourished while working with the ‘Special One’ at the Bernabeu. The Portuguese duo certainly get on.
Goalkeeper – Petr Cech

His signature in the summer of 2004 coincided with Mourinho’s arrival in west London, and the Czech stopper has become a Chelsea stalwart. Currently out of the team due to Thibaut Courtois’ emergence, and his manager will reportedly let him leave Stamford Bridge.
Sergio Ramos – Right back

A stalwart for 10 years in Real Madrid’s defence, Sergio Ramos was a key part of Mourinho’s title-winning side in 2011-2.

The Brazilian beast was one of the fiercest defenders of the past decade, winning everything in the game at club and international level. And he was superb for Mourinho during their Treble-winning time together at Inter in 2010.

A England’s greatest left back of a generation, he may not have played under Mourinho for too long, but he was still undoubtedly one of the top performers for the Blues under the Portuguese.

Another one of Mourinho’s stalwarts, was a key man with goals from midfield during a dominant first spell in charge for the Portuguese boss at Chelsea. He may have let him go last summer, but Jose obviously still loves Lampard.
Left wing – Eden Hazard

They’ve had their run-ins in the past, but it’s clear Mourinho hasn’t had many more talented players than this Belgian winger, who is firing the Blues towards the title. Hazard recently signed a new long-term deal so is clearly happy under this boss.
Attacking midfield – Wesley Sneijder

Under Mourinho, Sneijder emerged as one of the best attacking midfielders in the world. The Dutchman was superb as Inter stormed to the Treble in 2010, and it’s fair to say he hasn’t looked like the same player since they split.
Striker – Didier Drogba

Mourinho recently described Drogba as his best buy at any club, so it’s no surprise to see the Ivorian make the list. He arrived in England as a petulant forward with a lot to prove, and is now a Chelsea legend in his second spell at the club.