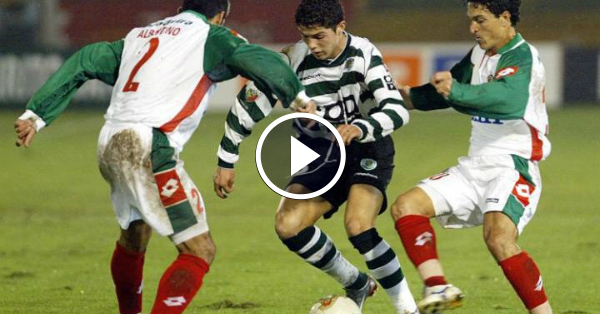 Ronaldo is one of the most talented footballers of all time. But his skill and talent are nothing new. ever since he was a young boy, he has had immense interest in the sport, and some of his oldest videos from the early part of his career show that he is an amazing soccer player. even when he was part of Sporting Lisbon, there are many instances of crazy skills show by teenager Cristiano Ronaldo. Want to check them out? take a look!