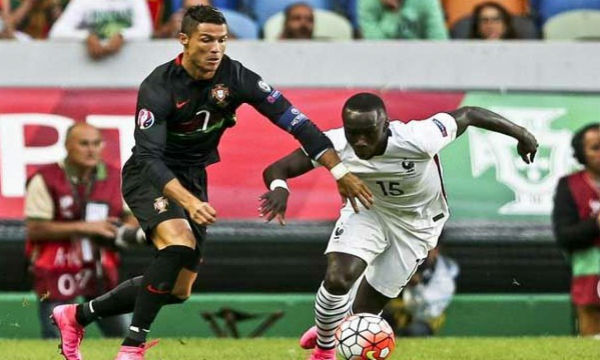 A late score by Mathieu was sufficient to secure France a deserved 1-0 away win against Portugal in a friendly at Sporting Lisbon’s Estadio Jose Alvalade on Friday.
Portugal started in a natural 4-3-3, with Cristiano Ronaldo and Nani anticipated that would include the goals and style. France handled an in number unit, directed by Pogba in midfield and Benzema in an attack position.
Here are the best photos of the Match: 2- Both teams starts the match aggressively 3- A solid defense line of French side 5- Cristiano not impressed by Referees decision 6- Fighting to win the possession