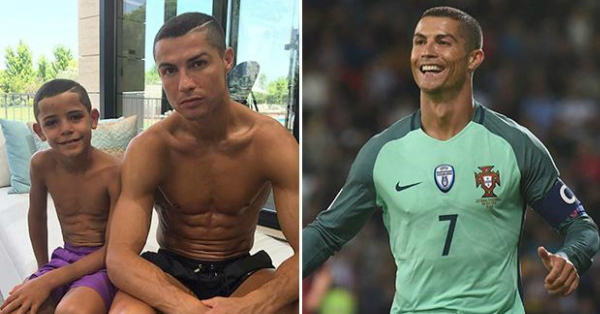 Are the twins of Ronaldo being sent to Madrid?

It’s been a few days since the world has been ging crazy with the reports that the Real Madrid star Cristiano Ronaldo has seen his family grow. Back in March 2017, The Sun newspaper announced that Cristiano Ronaldo was expecting twins, to be born to a surrogate mother. On Saturday evening, Portuguese TV network SIC announced that Cristiano Ronaldo’s twins were born. It claimed the birth of a boy and a girl to a woman whose identity is not revealed. They have been named as Eva and Mateo after their birth on Thursday in the West Coast of the United States. And now, there are reports that the twins are being sent to Madrid.

Are the twins of Ronaldo being sent to Madrid? As for further updates on the on the children, there has been no confirmation about the children from Ronaldo or any official source. There has been no confirmation or sign on any of the social media platforms that Ronaldo regularly uses. The posts revealed how Ronaldo was relaxing by the poolside with his son amidst all the rumours. In any case, Portuguese newspaper Correio da Manha has posted a report on Monday having contacted a companion of Ronaldo’s mum, Dolores Aveiro. It has claimed that while attempting to reach Ronaldo’s mum, the daily paper got hold of a “Spanish friend” who informed the paper that “the children are very well”. So, at what the point does Ronaldo get to meet his children?Correio da Manha estimates the time when Ronaldo will bring the twins home. As per reports, the surrogate is still in America, and so are the twins, and the children will meet their father “as soon as the doctor allows it”.

The twins are set to fly to Madrid – and this may happen this week. In the meantime, Correio da Manha keep on believing that Ronaldo’s better half, Georgina Rodriguez, is also pregnant. This is based on the affectionate picture that Ronaldo had earlier posted of the two. But Ronaldo’s mother had completely denied the rumours about Georgina’s pregnancy.