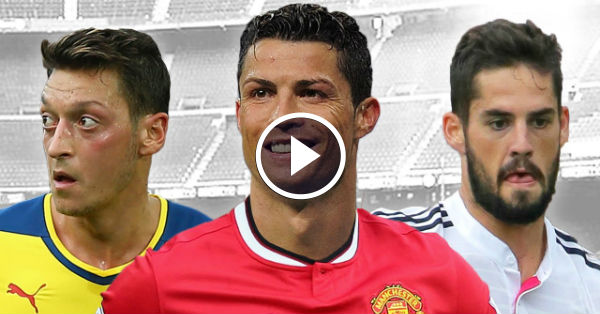 Ligue 1 side AS Monaco has joined Paris Saint-Germain and Manchester United  in Cristiano Ronaldo chase, according to France football.

The Portuguese International has been strongly linked with the move away from the Spanish Capital at the end of season. despite of two and half years remaining on his current contract with Real Madrid.

Manchester United and Paris Saint-Germain are interested in acquiring the services of three times Ballon d’Or winner, with Cristiano Ronaldo is looking for a new challenge after becoming the record goal scorer in the history of Real Madrid.

Florentino Pérez is hoping to recoup £80m he spent on the Portuguese International in 2009, as he is eyeing to bring Chelsea’s Eden Hazard and Manchester City striker Sergio Agüero in the summer. According to the reports,  Cristiano Ronaldo is willing to move to Paris Saint-Germain, with Qatari owners have already held talks with  Portuguese Legend’s camp for the possible swap. In order to complete his signature PSG  has promised him to make highest paid footballer in the World, as they are looking to replace Zlatan Ibrahimović.

But, Monaco head coach Leonardo Jardim is hopeful that Real Madrid star will turn down Paris Saint-Germain and Manchester United in the favor of Stade Louis II move. And he suggested that  Portuguese International has plenty of football left in him, while indicating the desire to manage him. “I believe he will still carry on playing for a few more years. If he continues in the same league as me, I’ll be delighted.

“But I’d be much happier if he played for the same team as me. The easiest thing would be for him to come to Monaco.”

Monaco are funded by cash-rich Russian owners, and have enough funds at their disposal to compete for  Cristiano Ronaldo’s signature.