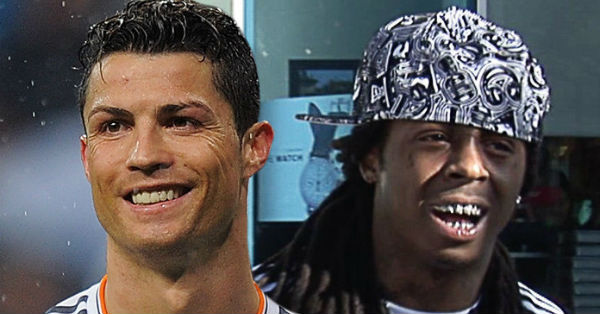 The battle rages on… who is better, Real Madrid’s Cristiano Ronaldo or FC Barcelona’s Lionel Messi? Pages after pages are already devoted, but the world is still divided when it comes to drawing a major conclusion. Perhaps we  we’re not sure, but here is a compilation that will give Cristiano Ronaldo a substantial edge over Lionel Messi.

According to Purely Football, here are five celebs who think Ronaldo is the best.

“He is the best. The best in the world, yes. Probably the best ever. I saw Maradona a couple of times. I never saw Pele. But Cristiano is amazing. This man is the best… Cristiano is a goals machine. He is an incredible player. He is like Zidane, there will never be another Ronaldo.”

“For me Ronaldo is the best player in the world. A machine. Incomparable.”

“I don’t think Cristiano Ronaldo plays football every week just because he’s making 250,000 pounds per week. I think he would still run around the pitch, doing exactly what he does now, if he was earning only 250 pounds. That’s the same philosophy I have, but with music of course.”

“We are big football fans and Real Madrid are one of the best teams on the planet. Cristiano Ronaldo is my favourite player, he is the best in the world.”

“I want to congratulate you on the year you’ve had. I consider your drive and desire to improve on a daily basis a fantastic example for the younger generations. Congratulations on a great career. I’m grateful to you,” Nadal wrote to CR7 last year, speaking ahead of the Ballon d’Or ceremony, where Ronaldo secured his third trophy.