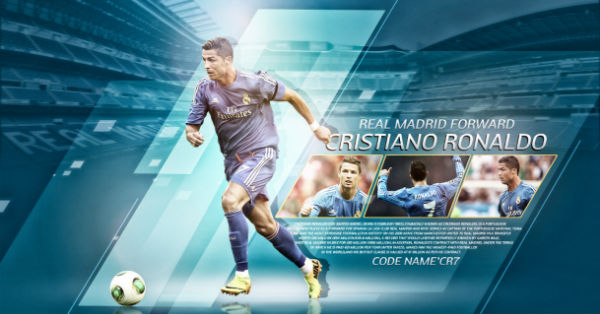 He had arrived at football arena at Old Trafford in 2003 and then gradually ended up as one of the greats of the game. Already one of the most famous personalities,and a unique name in and off the field,Ronaldo has numerous records under his belt that caused fans chanting incessantly and left critics in a state of overwhelming bewilderment. Lets take a look at 11 most fascinating records Cristiano Ronaldo possesses.

1.     While playing for Manchester United, Ronaldo broke George Best’s 33 goal scoring record, which was originally set in the 1967–68 season. Being inducted in to the Manchester United Football Club,Ronaldo the first ever Portugese to play for United.

2.     Ronaldo became the sole top European league player in the history of football to reach a milestone of scoring 50 or more goals in a season on five occasions.

3.     Ronaldo also broke the record of reaching one hundred league goals in the shortest time,which made him the fastest player in Real Madrid to pull off the feat. This record also gave Ronaldo the status of becoming the first player ever to score against every team in a single season in the La Liga, in May 2012. In addition, during his time at Real Madrid, he also reached the record for netting the most goals in a single season, which also attributed to most goals being scored in a single minute for the same Club.

4.     Ronaldo also possesses the record for most goals scored in a single UEFA Champions League season, having scored 17 goals in the 2013–14 season.

7.     In addition to winning the award, Ronaldo also became the first player in England to grab all four main PFA and FWA awards, which he had done in season of 2007.

11.   While playing for Manchester United in the Premier League, Cristiano Ronaldo became the 3rd player in the history of the league to have received the Barclays Player of the Month honors for two consecutive months on November and December 2006. The only two players who received the same award were: Robbie Fowler, who received the award in 1996, and Dennis Bergkamp, receiving it in 1997.