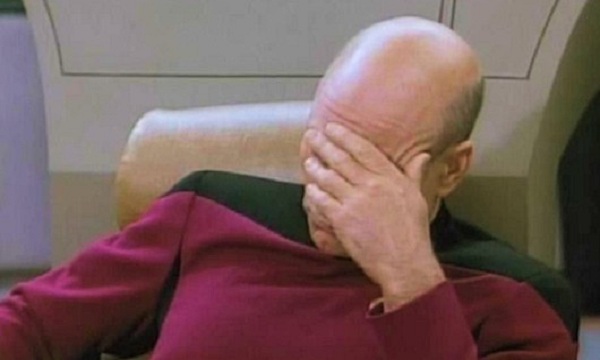 Cristiano Ronaldo has been on the global football scene since quite some time now. He dominated the premier league earlier then he joined LaLiga and ‘tried’ to prove his success. Although he has won numerous awards including golden boot awards and Ballon d’Or, he is generous and respects his fans but he is still hated by some people. One cannot really blame the haters because they do have some valid reasons behind their hate for Ronaldo. Following are some of these “valid” reasons to  hate Ronaldo:

1- Ronaldo is a selfish player:

Yes! this a very common argument of a Ronaldo hater. And it is true Ronaldo is such a selfish player that he is the highest assist provider for his team year after year. Last season alone he only had 22 assists. A proof of his selfishness.

3- He is selfish off the pitch as well:

Being selfish on pitch and then being selfish of the pitch that’s Ronaldo. After all only a selfish person would sell his golden boot to donate money to the Palestinian Children. Another recent proof of his selfishness is gift of the whole Island to his Agent. Wow what a selfish guy!

Ronaldo has all the fancy cars and he likes to showoff. Why does the media even cover him? Being the best football player allegedly, is not a reason enough to cover him. He should run away when he sees a camera to prove that he is not a showoff. No I am not jealous, Its just that Ronaldo is a showoff.

5- He doesn’t perform when it matters:

He scores all those goals and provides assists but he never performs when it matters. Remember that World Cup qualifier against Sweeden when he scored a hat trick and took Portugal to the World Cup. That does not count as it wasn’t an important match.  And please no need to give more examples as they wont count either!

I mean common no one else tries to look good! Ugly is the new good.

A very valid reason to hate Ronaldo is that he is not a “good boy”. Yes the “pious and honest” FIFA President Sepp Blatter did not declare Ronaldo a “good boy”, so obviously he deserves our hate.

8- He is good at penalties:

Penalties are not a part of football! They are are a part of Basketball!

9- My favorite player is not as good as him:

Perhaps the biggest reason to hate Roanldo is that he plays better than my favorite player. So obviously I cannot appreciate him.

Duh! Bring your argument in front of this “valid” reason.